Each year at International Law Weekend, the American Branch honors members who have demonstrated exceptional service to the Branch and individuals who have greatly contributed to the field of international law.

Nominations for the award are accepted each spring with a July 1 deadline for submission. Recipients of this annual award need not be current members of the American Branch. 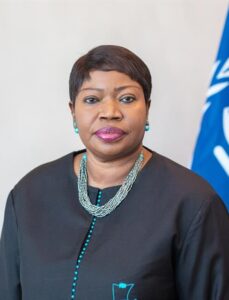 Fatou Bensouda has shown steadfast leadership and courage in the field of international law at the International Criminal Court, where she was the first woman and first African to serve as Chief Prosecutor from 2012 to 2021. She had previously served the Court as Deputy Prosecutor since 2004. During her time as Prosecutor, Mrs. Bensouda worked toward accountability for atrocity crimes, in particular addressing traditionally underreported crimes such as sexual and gender-based crimes, mass atrocities impacting children, and the deliberate destruction of cultural heritage. Watch Mrs. Bensouda’s Keynote Address accepting this award at International Law Weekend 2021 here.

The Charles Siegel Distinguished Service Award was established by the ABILA Board of Directors in 2020 to recognize outstanding contributions to the ABILA by a member of the ABILA Board, ABILA Committees, and/or the ABILA’s International Law Weekend. In choosing the recipient, the Selection Committee may consider an individual’s specific extraordinary service initiatives and/or sustained superior contributions to the ABILA over a number of years. The inaugural Charles Siegel Award winner was Cynthia Lichtenstein, who was presented the award at International Law Weekend 2020. The 2021 winner was James “Jim” Nafziger.

Solicitations for nominations for the award are sent to ABILA members each spring with a July 1 deadline for submission. 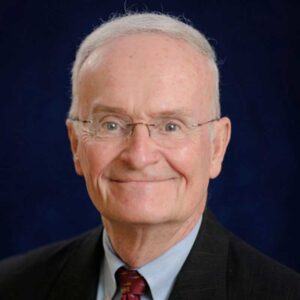 James “Jim” Nafziger has contributed to both the International Law Association and the American Branch over a 40-year span. In the American Branch, he chaired the Human Rights Committee; served as Director of Studies, Vice President, and President; initiated, during his tenure as President, regional International Law Weekends and greatly expanded Branch membership; and promoted cooperation with other international law organizations. In the International Law Association, for over 25 years, he served as Rapporteur and then Chair of the Cultural Heritage Law Committee, which produced valuable studies and two draft conventions. He was named to the ILA’s Executive Council in 2000, representing the American Branch there for 16 years before his elevation to the office of Vice-Chair of the Council – one of a very small number of ABILA members ever to have been so honored. Professor Nafziger truly appreciates, and has worked diligently to further, the roles of the ILA and the Branch in preparing committee studies that develop and advance international law and in staging educational and networking events, such as International Law Weekend, regional ILWs, and ILA conferences. He has strengthened the ILA and the Branch on numerous fronts and has been a valuable mentor and resource for the current ABILA leadership. 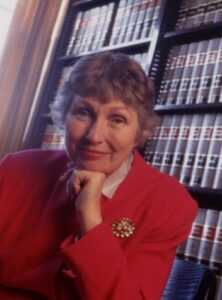 Cynthia Lichtenstein was a longstanding leader of the monetary law and securities related committees in both the International Law Association and the American Branch. She served as Chair of ABILA’s Committee on Committees (later renamed Director of Studies), and subsequently as ABILA’s President (1986-1992) and then as Chair of the Executive Committee. Professor Lichtenstein has always enhanced the interests and visibility of ABILA in her service to the ILA at the international level as a leader of two ILA committees, as a mainstay of countless ILA Executive Council meetings and Biennial Conferences, and as ILA Vice Chair (2008-2016). She promoted the needs of practitioners and advocated for their inclusion in ABILA, and has long been a vigorous proponent of active outreach to, and involvement of, student members as an important goal of the Branch.

The ABILA Book Awards were established to recognize the best books on international law published by ABILA members. Eligible books must have been published within the calendar year of nomination or the preceding calendar year. The subject matter of the book must fall into the broadly defined category of international law. The inaugural Book of the Year Award winner was Jennifer Trahan, who was presented the award at International Law Weekend 2020. The 2021 winner was Christian M. De Vos.

Solicitations for nominations for the award are sent to ABILA members each spring with a July 1 deadline for submission.

ABILA Book of the Year Award: [To be announced] 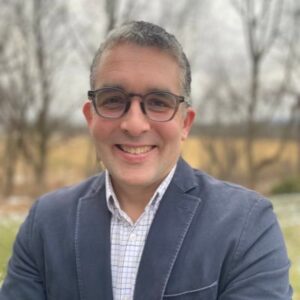 Christian M. De Vos was awarded for his book, Complementarity, Catalysts, Compliance: The International Criminal Court in Uganda, Kenya, and the Democratic Republic of Congo (Cambridge University Press, 2020). The book is about the legitimacy and effectiveness of the International Criminal Court, analyzing its interventions in three “situation countries”: Uganda, Kenya, and the Democratic Republic of Congo. De Vos examines how the Court’s principle of complementarity came to be framed as “a catalyst for compliance” and its unexpected effects on the domestic legal frameworks, institutions, and criminal prosecutions in these three countries. Drawing on ten years of research, he reaches persuasive and useful conclusions on the role that complementarity can play in the implementation of international criminal law. 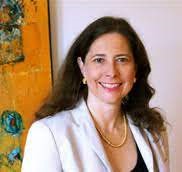 Jennifer Trahan was awarded for her book, Existing Legal Limits to Security Council Veto Power in the Face of Atrocity Crimes (Cambridge University Press, 2020). The book considers, in light of existing obligations of international law, the use of the veto power by permanent members of the UN Security Council to block Council Action in situations where there is ongoing genocide, war crimes, or crimes against humanity. Professor Trahan traces a number of such instances, with detailed focus on the crimes in Syria and Darfur — and how vetoes and veto threats, respectively, prevented the Security Council from taking measures it otherwise would have undertaken to try to alleviate the commission of atrocity crimes. She then examines such actions in light of the obligations of international law, specifically, whether such practices accord with (1) the protections due to jus cogens norms; (2) the obligations contained within the UN Charter, particularly its “Purposes and Principles,” and (3) the obligations contained within the Genocide and Geneva Conventions. She makes a compelling case that the practice one sees is both far out of line with these existing legal obligations and widely disapproved by UN Member States. She suggests this situation is ripe for action in the General Assembly, including the option of requesting the International Court of Justice for an advisory opinion on the legality of such veto use.