The French Branch of the International Law Association is hosting the inaugural event of the ILA 150th Anniversary Conference – Increase legitimacy of International law – The Role of Parliaments – online on Thursday, January 12, 2023,  1:00 pm – 4:30 pm (CET).

Over the years, international instruments have been and are still negotiated under the auspices of the United Nations and other intergovernmental organizations, through a process where many key stakeholders are admitted as observers. However, the negotiations, subsequent drafting and adoption of the texts, are usually conducted exclusively by the Executive branch.

The International Law Association (ILA) and Parliamentarians for Global Action (PGA) have seen with concern that Parliaments are rarely, if ever, invited to the discussions. Their role has been limited to the ratification stage. In States where implementing legislation is needed, Parliaments may tailor the provisions of the treaty to their domestic context, at the risk of straying away the original intent and coherence of the instrument. This may result in isolating that country from a common international enforcement of the treaty. In countries where no implementing legislation is required, the only choice offered to Parliaments is to accept or reject the international instrument.

States have particular interests and positions to defend at the negotiation table, which do not necessarily represent the majority of the people. To that extent, as the branch closest to the citizens and most responsive to the public needs and opinion, Legislatures can play a pivotal role in negotiating multilateral treaties and forming International Law. The involvement of legislators would increase the legitimacy and the acceptance of such norms in national contexts.

The webinar, co-organized by the ILA and PGA, intends to offer a space to discuss the role of parliaments in the formation of international law and propose reforms to the system, to make it more accountable, inclusive, and legitimate. After the event, both organizations may undertake to develop a toolkit on how to involve Members of Parliament when international law is being negotiated; citizens through their Parliaments would then participate in the process.

The organizers thank Prof. Philippe Sands and Prof. Michael Hahn for having accepted to chair this event.

The organizers are also grateful to Hon. Millie Grace Odhiambo, Member of the Parliament, Kenya, for having accepted to deliver the keynote speech and to Mrs and Mr Emilie Béatrice Epaye of Central African Republic, Esther Cuesta Santana, Member of Parliament, Ecuador, Hon. Maung, Former Member of Parliament, Myanmar, Heidi Hautala, Vice-President of the European Parliament and Irwin Cotler, Former Attorney General and Ministry of Justice of Canada, for their participation on the panel. 8

Corinne Magallon and Sara Webster who will be event interpreters for French/English for this conference. 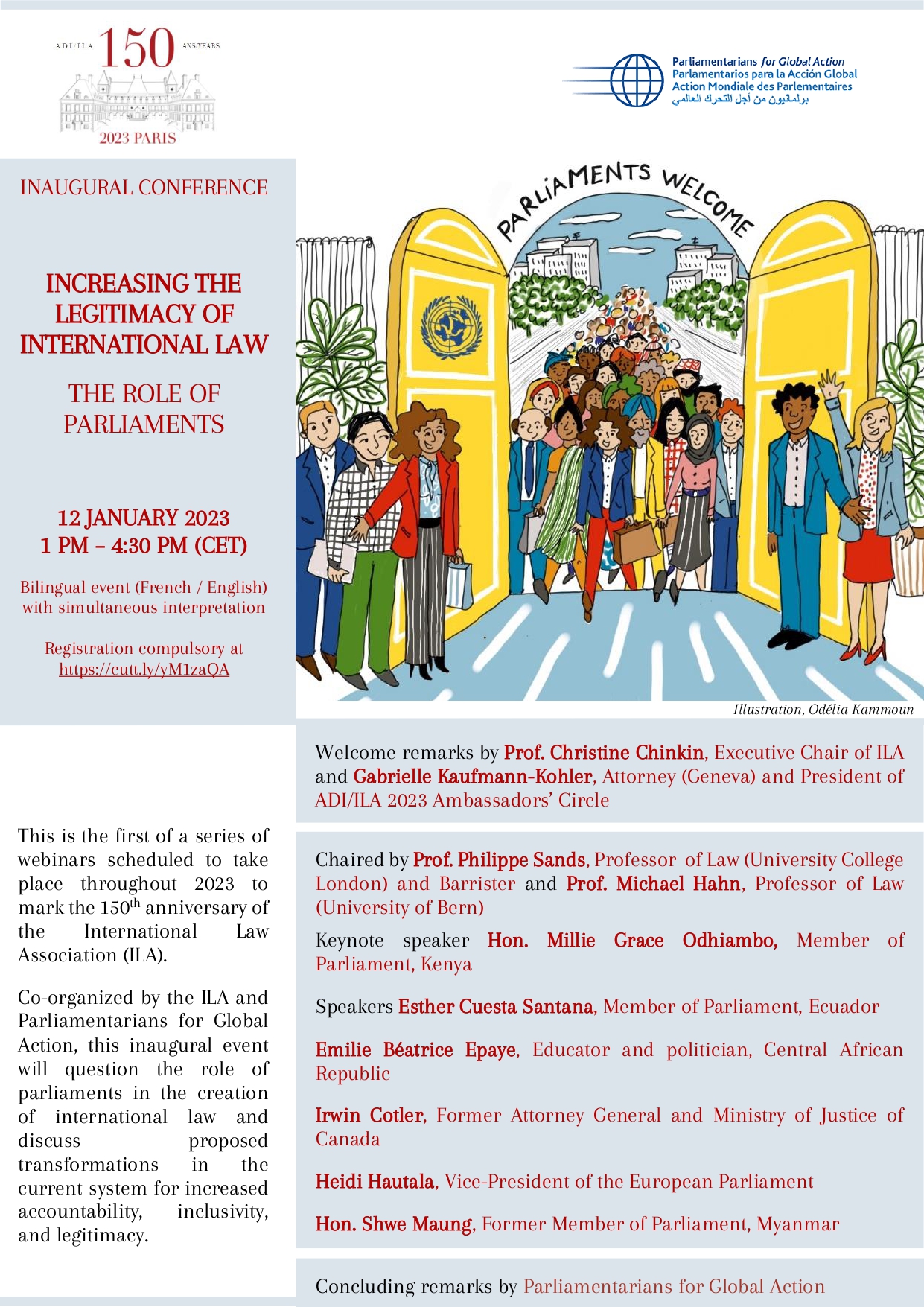 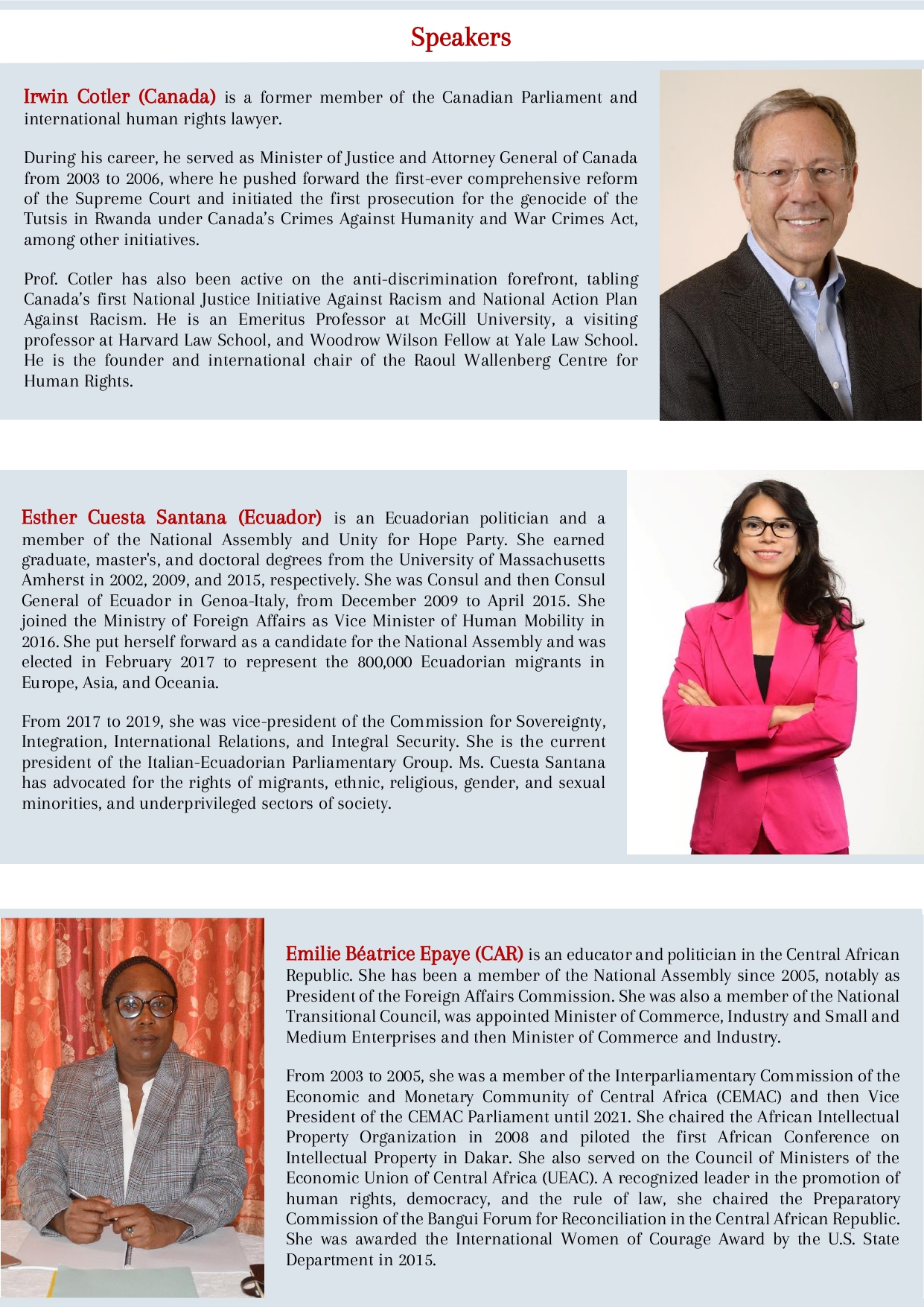 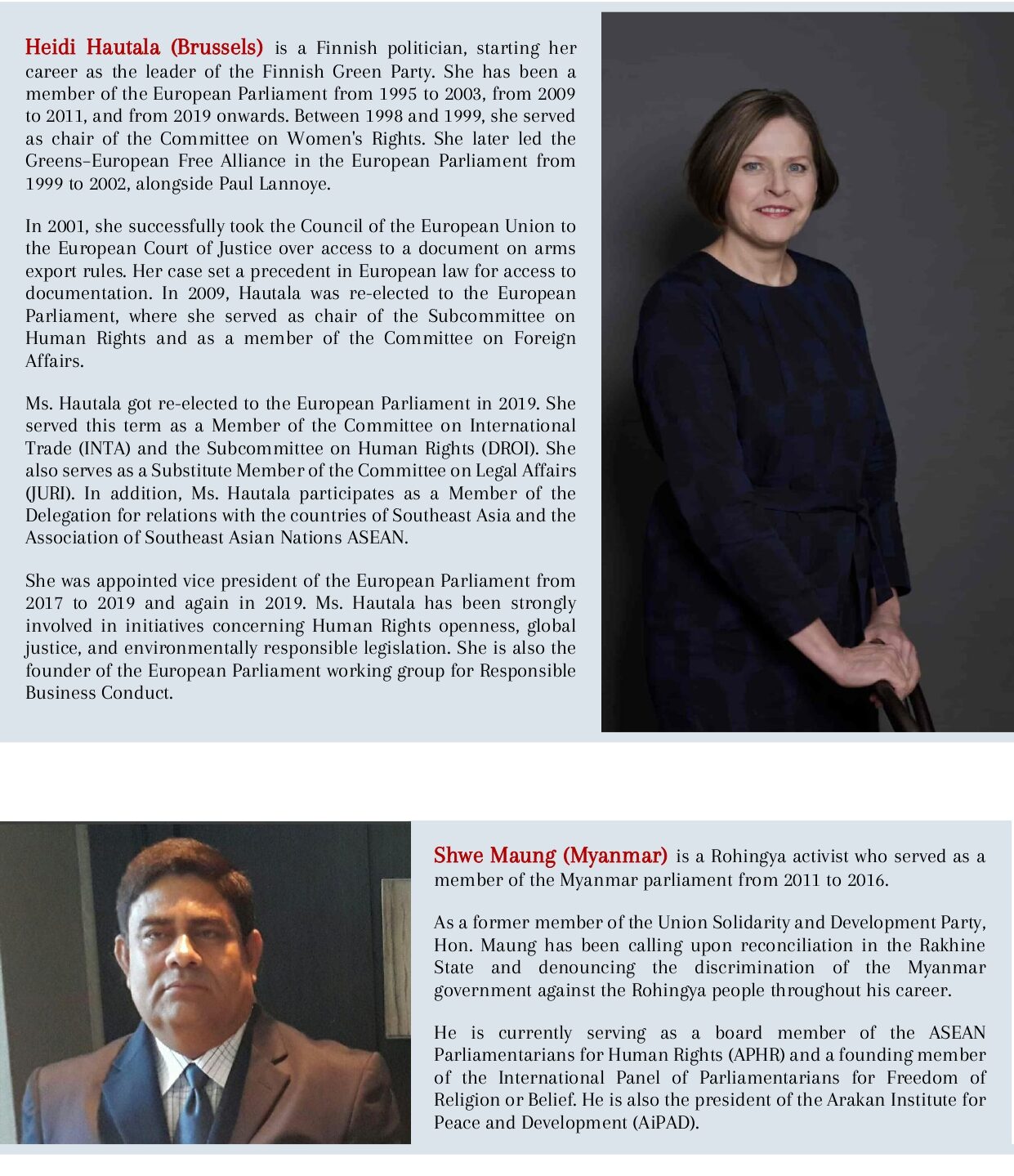 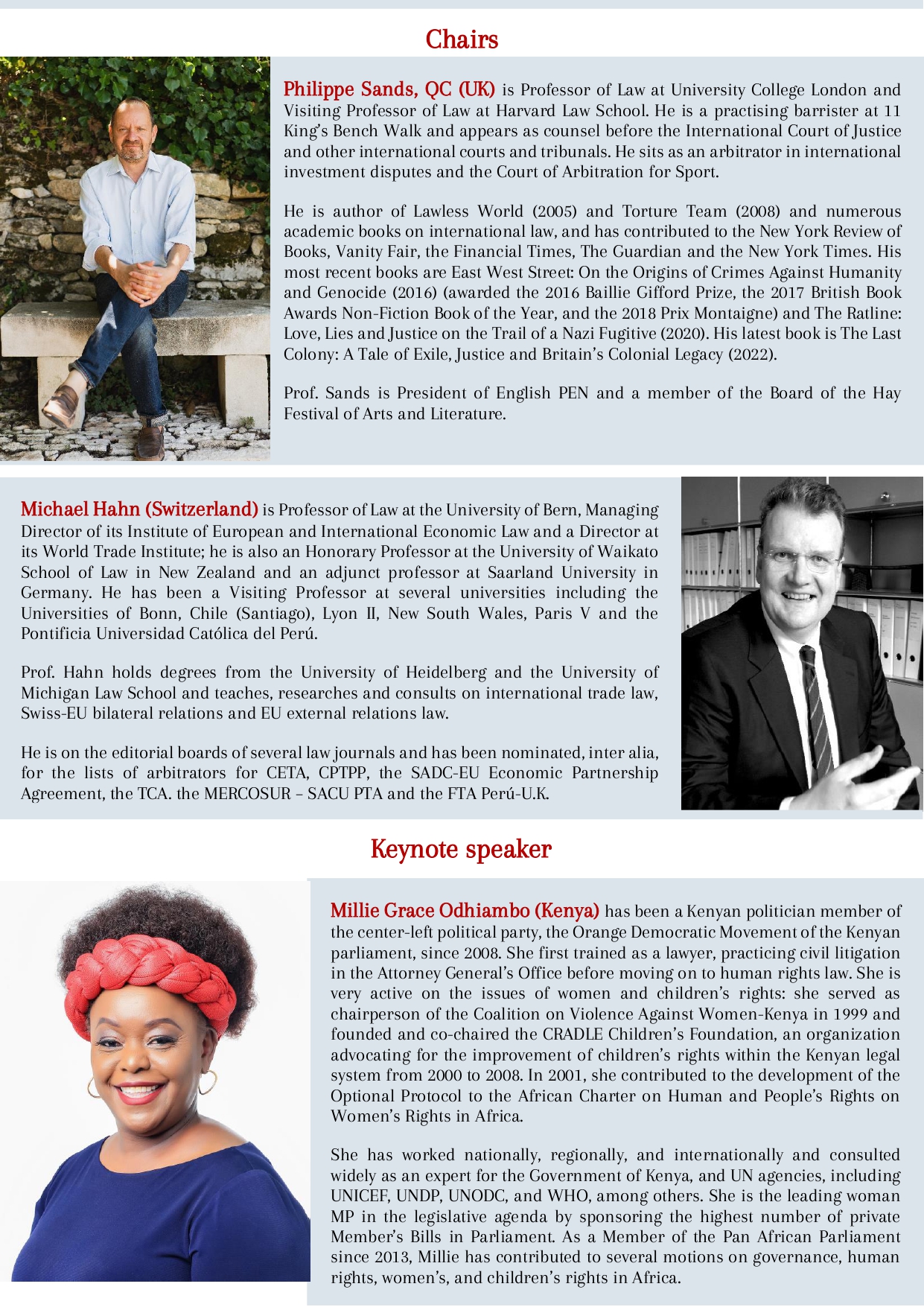 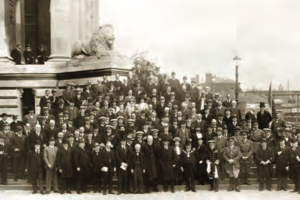