We are thrilled to announce that International Law Weekend (ILW) 2021 features the Second Annual International Trivia Night on Friday, October 29 at 5:45 pm EDT. Last year’s inaugural trivia quiz was a resounding success, with 20 teams competing and players participating from more than 25 countries.

Favorite questions from last year included “who is known as the ‘father of international law’?” (Hugo Grotius); “what UN Secretary-General was later discovered to have participated in Nazi atrocities?” (Kurt Waldheim of Austria); “what Gambian national was recently named a “specially designated national” by the US government?” (ICC Prosecutor Fatou Bensouda — who will be delivering the Saturday Keynote at ILW this year!); and “how does the ICSID Convention define the term ‘investment’?” (it doesn’t). Players were also challenged to name the six organs of the United Nations.

ABILA’s very own President-Elect Michael Scharf will again serve as the Master of Ceremonies, with ABILA Membership Officer Madaline George co-hosting the event. Trivia questions will cover a range of international law subject matter, so there will be something for everyone.

Trivia winners will be announced at the ABILA Members Meeting on Saturday, October 30 at 9:45 am EDT and will receive both bragging rights and a prize. Your name will also be featured in the Fall 2021 ABILA Newsletter.

Teams are already starting to form, so organize yours today with your colleagues, professors, classmates, ABILA Committee members, Jessup team, or any other grouping! Teams should not have more than 8 members. If you would like ILW organizers to place you on a team, email [email protected] as soon as possible. You are also welcome to play on your own. If you already have a team organized, submit your team information now (please indicate if you are willing to have ABILA place individuals on your team).

** If you submit your team ahead of time, you will receive an exclusive hint on Friday for the trivia quiz!

We encourage you to coordinate how your team will communicate beforehand if you are unable to be together in person. Suggestions include via WhatsApp, a group email chain, standard text messages, FaceTime, a Zoom room on a second device/account, or any other messaging service. 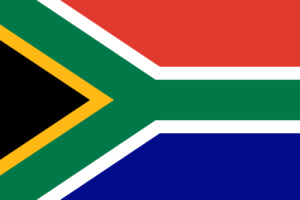 By: Martha M Bradley, Jaymion Hendricks, and Clea Strydom We[...]