The American Branch is pleased to announce the creation of a new Committee on International Law in Domestic Courts, co-chaired by Steven Schneebaum and Martin Flaherty.

The Committee studies and analyzes the domestic judicial invocation of international law, whether as the law of decision in individual cases or as a guide to the interpretation of national legal norms. It considers the means by which both treaties and customary law are incorporated into the work of municipal judges. Although its principal focus is the use of international law in the courts of the United States, the Committee also invites comparative study of other nations’ legal systems. The Committee intends to organize mini-conferences when there are judicial decisions of special importance – such as the U.S. Supreme Court decision in Nestle and Cargill v. Doe anticipated in the spring of 2021 – as well as to sponsor panels during International Law Weekend, and to encourage research, teaching, and writing on this very challenging topic. Although the Committee invites all members of ABILA to participate in its work, its emphasis on litigation may make it of special interest to practitioners.

Save the Date:  As its inaugural event, the Committee on International Law in Domestic Courts will be holding a panel on the Nestle and Cargill Alien Tort Statute cases, argued this Term before the Supreme Court, via Zoom on June 24 at 6:00 pm. Details to follow. 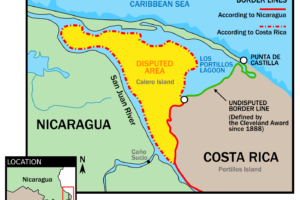 Security vs. Liberty? COVID-19 and Challenges to National Security Law