I attended International Law Weekend (ILW) 2019 as a Harris Institute Ambassador from October 10-12th in New York City. ILW is hosted annually by the American Branch of the International Law Association (ABILA) and features dozens of panels on a variety of topics.

One Saturday morning panel of ILW 2019, The European Union’s Role in Shaping the Future of Investor-State Arbitration, was moderated by M. Imad Khan (Associate, Winston & Strawn). Setting the stage for the panel discussion, Mr. Khan observed that the Investor-State Dispute Settlement mechanism (ISDS) has been widely challenged around the world in recent years. Challenges emanating from the European Union (EU), in particular, are already resulting in far-reaching consequences for investment disputes. This is because the EU has undertaken policies to reform this system, challenged the compatibility and consistency of bilateral investment treaties (BITs) with EU law, and advocated for the creation of a permanent court to settle investment disputes. In other words, there has been a very concerted effort to change ISDS on the part of the EU, including the Commission, as well as member States.

This discussion explored in depth some of the EU’s policies and measures and discussed how such policies and measures shape investment law and arbitration, both within and outside the EU. For this purpose, Deva Villanua (Partner, Armesto & Asociados) presented the history of intra-EU BITs, explaining how the EU initially supported States entering into such treaties before reversing course. This changed perspective on the compatibility of intra-EU BITs with EU law became even more apparent when States started to raise as defense arguments on the jurisdiction of the arbitral tribunal that the EU treaty superseded the intra-EU BIT on the same issue.

Stephen Anway (Partner, Squire Patton Boggs) then discussed the backdrop leading up to the Achmea decision. He noted that in at least eleven intra-EU BIT investment arbitrations, States continued to raise jurisdictional objections but this argument was repeatedly rejected.

These tribunals, such as Charanne and Construction Investments v. The Kingdom of Spain (SCC Case No. V062/2012) or Blusun SA and others v. the Italian Republic (ICSID Case No. ARB/14/3), held that there was no jurisdictional conflict between the Treaty on the Functioning of the European Union (TFEU) and the Energy Charter Treaty (ECT), rejecting the intra-EU objection. In light of this, Slovakia strategically sought to raise the same defense before German courts, knowing that German courts are more likely to refer EU-related issues to the European Court of Justice.

Stratos Nikolaos Pahis (Assistant Professor, New York University School of Law) discussed the reasoning of the European Court of Justice decision in the Achmea Judgment, the potential implications it might have for extra-EU BITs and commercial arbitration tribunals due to the interpretation of the EU law. Indeed, with the same impossibility for tribunals of non-EU States to interpret the EU law, there is a likelihood to lead to the same result. Regarding commercial arbitration, tribunals can be called on to interpret EU law without the ability to submit questions to the ECJ and this could push investors away from ICSID arbitrations in favor of UNCITRAL for example. The second part of the discussion focused on the EU’s proposed investment court. Ms. Villanua noted that the other impact of the EU’s attitude regarding ISDS raises the critical question of the choice of arbitrators and their nomination. This leads to many issues, such as knowing how investors will feel about it and what will be the quality of the work performed. Mr. Anway expressed the position that, over time, more treaties will include court-based provisions (based on the CETA model), but that the arbitral system will not go away anytime soon. Professor Pahis approached the fact that the substance will still be the BITs, the change being in the court mechanism on the adjudication of the dispute.

Everyone agrees to say the Achmea decision has moved the existing lines of investment arbitration under European law. This indicates a more general movement in Europe towards a renewal of the system. It remains to be seen where this change will lead in the coming years and how the EU will coordinate its law with the global investment world. 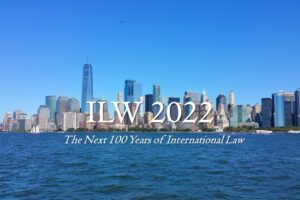 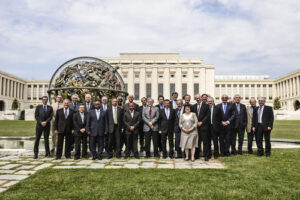