The work of the International Law Association (ILA) – founded in 1873 – has played a significant role in the development of international law throughout its history. This is evidenced by the influence ILA reports and recommendations have had on the work of the International Law Commission (ILC). Indeed, several ILC reports and proposals, on topics ranging from rising sea levels and the protection of the environment in relation to armed conflicts to State responsibility and evidence in international courts and tribunals, have cited the work of ILA committees. 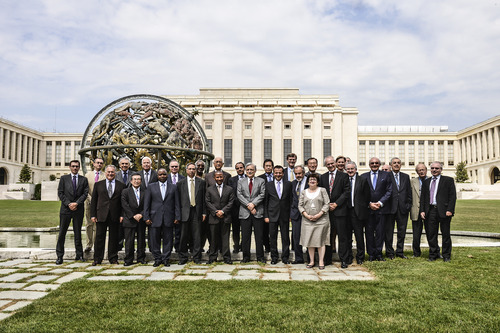 In the early 2000s, the ILC Annual Reports mentioned the ILA on several occasions. For example, the 2002 Annual Report cites to the ILA’s 69th conference when discussing the changes in the law of nationality of claims.

In more recent years, the ILA has been mentioned significantly more often by the ILC, including as many as thirteen times in the 2018 Annual Report. Within its discussion of climate change, the 2018 Report frequently cites the ILA to provide a more comprehensive record of specific issues like sea-level rise: “The topic of sea-level rise was initially examined by the International Law Association (ILA) Committee on Baselines under the International Law of the Sea … [which] recognized ‘that substantial territorial loss resulting from sea-level rise is an issue that extends beyond baselines and the law of the sea and encompasses consideration at a junction of several parts of international law.’” (pp. 327-28). The ILA’s influence on the ILC’s coverage of environmental issues can also be observed in other ILC annual reports, including the 2014 Annual Report and 2012 Annual Report when discussing the Exclusive Economic Zone, and the 2008 Annual Report’s coverage of water resources.

Aside from environmental issues, the ILA has influenced the ILC’s annual reports in the area of human rights, as observed in the 2018 Annual Report and the structuring of international organizations described in the 2009 Annual Report. Indeed, it is evident from the numerous occasions the ILC cites to the ILA in its annual reports that the ILC considers the ILA a significant source of international law. As the 2019 Annual Report states, “the International Law Association may qualify as ‘teachings of the most highly qualified publicists.’”

In 2017, the ILC proposed to include the topic “evidence before international courts and tribunals” to the long-term programme of work, following the ILA’s establishment of the Committee on the Procedure of International Courts and Tribunals in 2016. The Committee was cited as a body “studying the rules of procedure generally and evidence” as a sub-topic. The Committee’s work was also cited as being important because of its access to the States and thus access to States’ views on the outcomes of the study. The report states that “the outcome of this study would be an influential contribution of a substantial practical value.”

Also in 2017, the ILC drafted guidelines on the protection of the atmosphere and a report on the Succession of States in Respect of State Responsibility. In drafting the guidelines, the ILC cited many ILA documents, including the Report of the Seventy-fifth Conference held in Sofia in August 2012, the International Law and Sea Level Rise interim report from the Johannesburg Conference in 2016, and draft article 10 (on interrelationship) of resolution 2/2104 on the declaration of legal principles relating to climate change of the International Law Association from the Report of the Seventy-sixth Conference held in Washington D.C. in August 2014. In drafting the report, the ILC cited the ILA Report of the Seventy-third Conference in Rio de Janeiro in 2008 stating, “several members supported the Commission’s consideration of the work of private bodies on the topic, including the Institute of International Law and the International Law Association, but underlined that the Commission should proceed independently in its examination of the topic.”

In 2017, Mr. Marcelo Vázquez-Bermúdez proposed to include “General Principles of Law“ in the ILC’s program of work. In the proposal, ABILA was referenced in a footnote:

“… it was also expressed by the American Branch of the International Law Association that the customary law-making process may not logically lead to the emergence of peremptory norms of abstention, rather, the law-making process of general principles of law is better suited to meeting the requirements for the formation of jus cogens, …”

The ILA’s work is becoming increasingly more important in supporting and guiding the work of the ILC. It is used in the study of procedural methods, environmental resolutions, and general legal principles in creating a peaceful and just world through law. 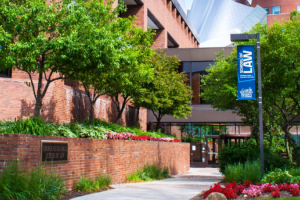 The American Branch is pleased to announce that International Law[...] 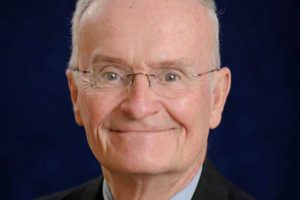 The Charles Siegal Distinguished Service Award was established by the[...]