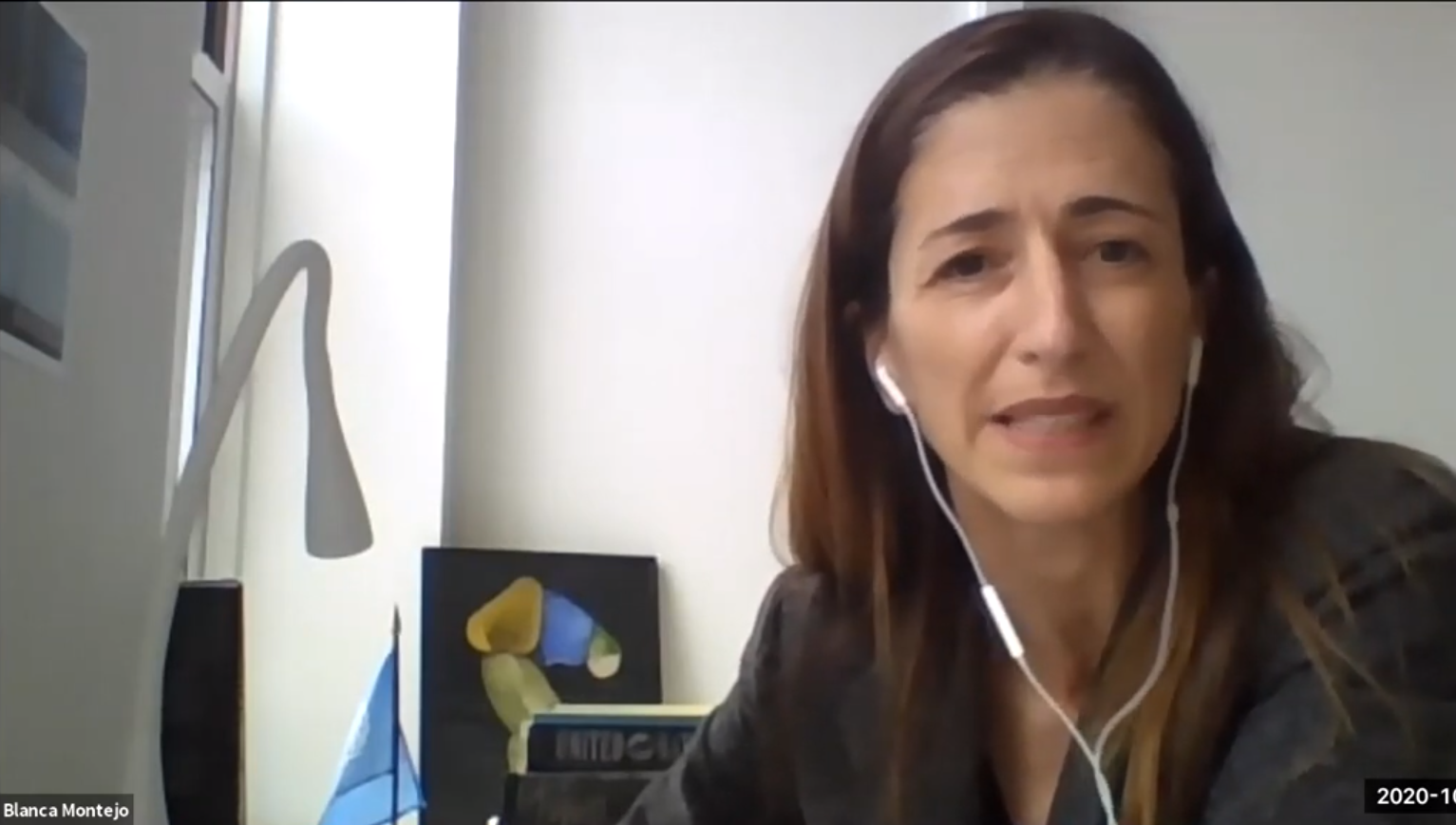 In a year defined by a global pandemic, ILW 2020 fittingly featured a highly informative – and virtual – panel on“U.N. Diplomacy in COVID Times,” which explored the evolving role and function of the U.N. during the pandemic. The panel was composed of U.N. Security Council officer Blanca Montejo, Keiichiro Okimoto of the U.N. Legal Counsel’s Office, Pablo Arrocha from Mexico’s Permanent Mission to the U.N., and Jan Klabbers of the University of Helsinki.

Ms. Montejo began by highlighting the Security Council’s role during the pandemic, being the only U.N. organism that has maintained its activities throughout the pandemic. She noted a number of drastic changes in the Security Council’s policies and procedures, including in its voting procedure and teleconference capabilities, which will be maintained for the foreseeable future. Ms. Montejo stated that despite this major crisis, the pandemic has presented an enormous opportunity to reconsider diplomacy in the future. Major areas for possible reform, according to Ms. Montejo, include increased efficiency and effectiveness in holding urgent meetings and solving crises through remote means, increased transparency through the availability of information, as well as increased sensitivity to the risks of the future. Ms. Montejo also believes that the U.N.’s resiliency through the pandemic has demonstrated the U.N. Charter’s ability to withstand the passage of time.

For his part, Mr. Okimoto discussed the evolving role of the Legal Counsel’s office in the pandemic. Mr. Okimoto noted the office’s necessity to adopt a silence procedure for voting to keep the Assembly’s operations going without in-person meetings, in which the Legal Counsel’s office had a major role in drafting. He then expanded on the potential impact of intergovernmental meetings on the future of the U.N. Despite the fact that the traditional format of formal meetings has not been completely replaced, as member states feel adjustments are only temporary, Mr. Okimoto stated that there is a continuing need to further adjust the traditional formats of assembling in the U.N. Finally, Mr. Okimoto highlighted the need to identify the U.N.’s critical functions to continue meeting, as highlighted in the Secretary General’s 2007 report following the avian flu pandemic.

Mr. Arrocha provided the perspective of delegates to the U.N., noting that one significant initial impact for delegates was the impossibility for diplomats to have personal contact, rendering their tasks much harder. At the beginning of the pandemic, Mr. he noted, delegates could not negotiate text drafts, and that therefore the burden was on creating good first drafts of resolutions, as well as writing letters to communicate work to other delegates and ensure transparency. Mr. Arrocha said delegates are still navigating the new system, raising questions about the formal characteristics of meeting virtually, given the lack of registry of what is going on in such meetings. According to Mr. Arrocha, deficiencies in the U.N. system have allowed for increased attacks on multilateralism. However, although the current crisis may provide fodder for those seeking pretexts to eliminate the U.N., the U.N. Charter has proved that the U.N. is still relevant. Arrocha finished by urging that there is no need to change all modalities of operation in the U.N., but there is a need to make sure that good contingency plans are in place, to make the U.N. live up to a 21st century standard of full operation.

Finally, Mr. Klabbers provided some scholarly reflections from his more solitary point of view: teaching remotely. He remarked that although teaching and researching are possible remotely, it is difficult to meet other researchers, access archives, and inspire students without physical presence. Noting that the physical setting of diplomacy matters, he questioned whether the lack of it might affect the ability to reach settlements in the longer run, predicting a bleak future. He further stated that the pandemic has emphasized the fragility of our rationality as a species. Given that humans build machinery that works by itself, it is now evident that people have forgotten the human element. It must not be forgotten that the absence of personal contact can be challenging, he said. Finally, Mr. Klabbers compared the experience of meeting only online, without personal chemistry, to a machine that functions slightly less well, like a car that we forget to oil once in a while.

Call for Submissions: The Network of Young Scholars and Practitioners’ Events Leading up to ILA 150 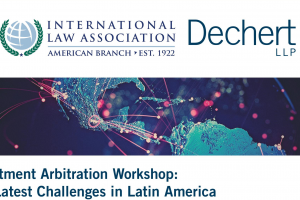 The American Branch of the International Law Association (ABILA)’s Investment[...]